Iceland’s Ambassador to the U.S., Bergdís Ellertsdottír will be talking about her role and responsibilities, with  Katrín Sigurðurdottír, Iceland’s Honorary Consul to Minnesota,  facilitating the interview.

Please join us in what will be an interesting and educational discussion!  If you have specific questions you would like to be considered in the discussion, please send them to info@INLUS.org by June 23. 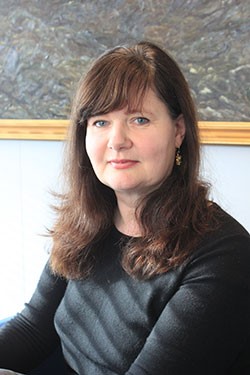 Katrín was born in Iceland and has a B.Sc. degree in Nursing from the University of Iceland. She moved to the US in 1999, lived and worked in Boston for 11 years before coming to Minnesota in 2011. She became the Honorary Consul  of Iceland in MN in 2017.

Katrin lives in Eden Prairie with her husband and three children.

We are excited to welcome Iceland’s Ambassador to the United States, Bergdís Ellertsdóttir and Honorary consul Katrin Sigurdardottir.  Our webinar host will be INLUS President Dianne O’Konski.

We will also record the webinar for later viewing on the INLUS website.